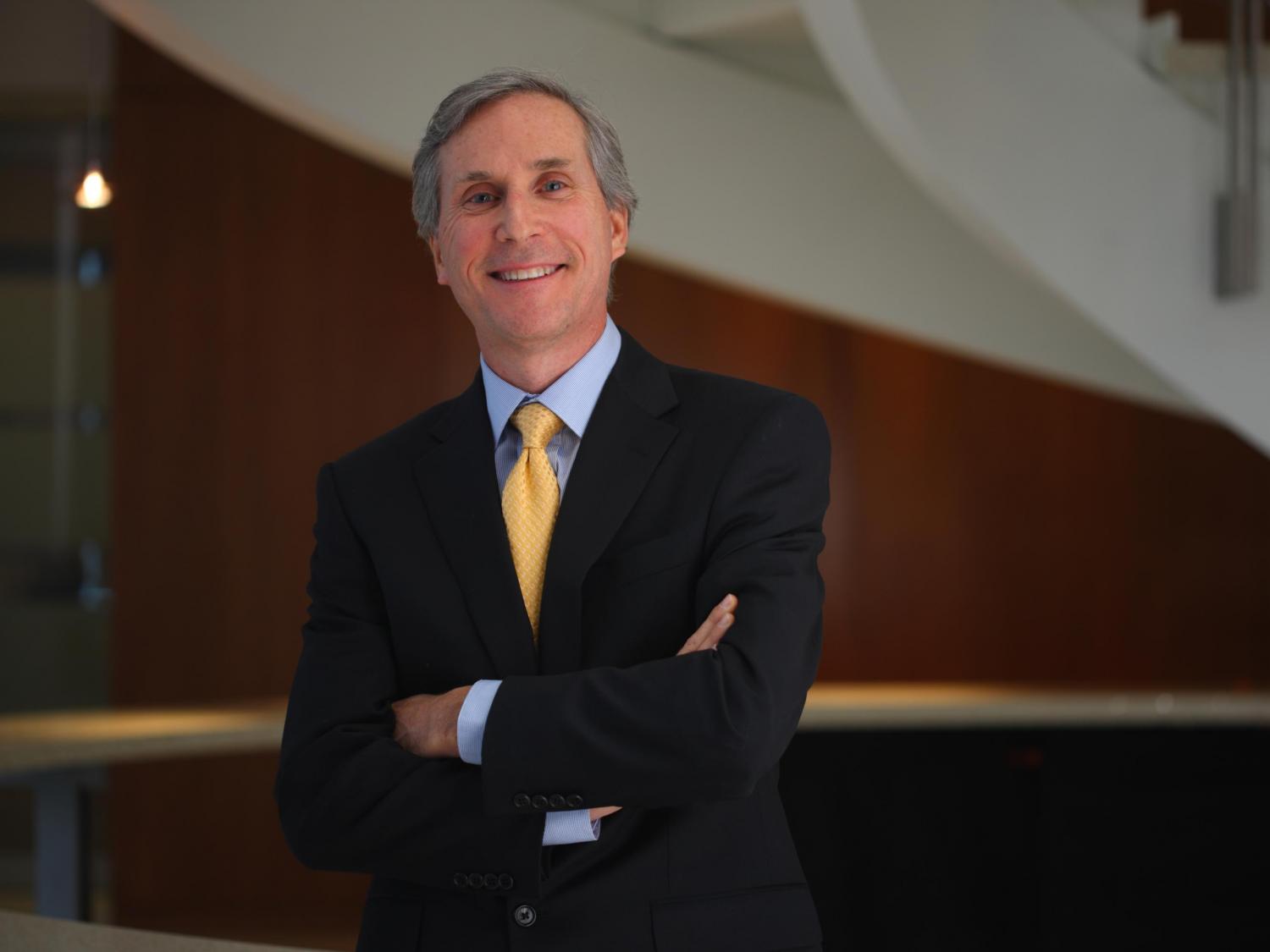 "I think everybody who's in our business should be incredibly enthusiastic about what could happen in 2021," said the CEO of Brandywine Realty Trust, the largest landlord of Class A office space in the Philadelphia region. "The greatest economy in the history of the world was on hold for 10 months. We're beginning to creep our way back. I think there will be a lot of pent-up demand. I think the standards will be even higher. So if you're a very high-quality landlord, I think you're going to benefit from the emerging trend lines."

Sweeney, who describes real estate as a business "where you're always focused forward," recently sat down for an interview with Philadelphia Business Journal Reporter Natalie Kostelni as part of the 2021 Economic Forecast series.

Below are Sweeney's views on the future of offices, shifting tenant needs, demand for space and what a new White House administration could mean for real estate. The interview has been edited and condensed for clarity.

A lot of those renewals were essentially two- to three-year deals. Our approach was really, with a lot of things happening in everybody's business, not everybody thinks about real estate every day like we do. They're actually running businesses. Our approach was to make sure that they knew that we were willing to do short-term accommodations to help them really think through the impact of the pandemic, not just on their physical platform but also on their business. And we had a lot of tenants respond very favorably to that. They all renewed in the same amount of square footage at very good economic terms for us and for the tenant. And again, that's part of that granting and earning of trust that basically we weren't going to wait until the last minute to jam somebody on a renewal. We were proactive in getting out there and talking to them.

On the future of the workplace

I think what the pandemic really did was accelerate this trend line that's been going on for 20 years about the impact of technology on the workplace. Companies really start to recognize that the office isn't a finished product. It's a work in progress. It's where things happen. And I think it's where you celebrate, where you collaborate, where you learn, where you grow, you celebrate birthdays, you plan. A lot of the feedback I've gotten from kind of the C-level executives from many of our larger tenants is 2020, and going into the early part of 2021, has really been a year of business triage. They're jumping back and forth. The Zoom calls – they're walking around with the dress shirts on, but pajama bottoms. They're kind of managing projects, but I think there's a real growing expectation with the economic recovery underway and hopefully accelerating. It's really a time to get back to business, and the ability of a physical platform to be a springboard for business growth I think is really going to come home to as a point of focus for a lot of our tenants as 2021 progresses.

On the state of the downtown office market vs. the suburbs

It's not a big difference at this point. You know the public policy guidelines are different in the city than out in the suburban counties in terms of return to work. As you would expect, activity levels are lower than they would historically be. Although I will tell you our pipeline of deals is still north of 1.5 million square feet. So while it's been slow, there have been a lot of tenants in the market and their decision timelines have become more protracted. But we've certainly seen an uptick in activity even within the last couple of weeks. But we haven't really seen a big divergence of the main drivers between the city and the suburbs. I think that was part of the national pundit view: The urban areas will suffer. The suburban areas will prosper. And honestly I don't know if they will or not. But I think from what we're seeing, it's simply too early to tell. We've not had any tenant in our portfolio say, 'Hey, I want to leave the city.' We haven't had any tenants in the suburbs saying, 'Hey, I want to move into the city.' I think people are just really focused more on their short-term horizons.

On if tenants are seeking to sublease portions of their space

We've always seen that throughout the different cycles. And each market is different. In Philly where it's more of a slower growth, moderate paced, financial service, law firm, consulting service-type of environment — a lot of those companies really haven't been high-growth in terms of dramatically expanding their square footage requirements. As a result, I think the subleased inventory really is tracking still below 3% in the Greater Philadelphia area. And we really haven't seen a big push to put space back on the market. Where we actually have seen that, they're not even sure the tenure in which they want to sublease. So I have a lease that goes out through 2025, I don't think I need 10,000 square feet, let me put that on the market, but I'm not sure where that will be, I'm not sure what deal I want for that.

Conversely in Austin, Texas, where we have a lot of inventory, that market's dominated by high-growth tech companies. And a lot of those companies have tremendous expansion plans, both near-term and longer-term. So a lot of those companies did take down a lot of space that they were anticipating to grow in very quickly. And with the pandemic, some of those growth expectations have been a bit tempered. In Austin we have seen a larger uptick in sublease space, particularly in the Central Business District market. But again, a lot of that space is available for a year or two; not sure what the tenant improvement allowances will be. So whether it's actually translatable into executed subleases I think remains to be seen.

On the demand for office space going forward

There's a general expectation that at least short term there'll be lower demand for office space. Those numbers range from anywhere from 10% to 15%. I think it's going to be geographically unevenly distributed, and I think it's going to be a function of individual market conditions. But that being said, we've seen a couple of trend lines that I think are very positive. One, there is no question that there's going to be a push toward higher quality office buildings. I think Brandywine is really well positioned for that. We've invested a lot of money in our buildings. We have great HVAC, fresh air — all the things that used to be on page 27 of a brokerage RFP are now page one. I think we fare very well in that. We've certainly pivoted our marketing platform to amplify that competitive advantage we have. So I think to some degree whatever demand decline we may see market-wide, the owners of higher quality space will be able to have a move up addition to their inventory.

On planning out space for tenants

We're definitely seeing a reversal of the densification of previous years — many more requesting for partition walls, higher profile workstations, reducing density of conference rooms, reconfiguring the stairwells to provide for easier access between floors. I think it really is a mixed bag. What's going to be interesting as we think about it is as the work-from-home dynamic continues, what will be the overall demand impact there?

We're really going through a lot of post-Covid design issues, which I think generally could have the impact of requiring more space per employee, greater circulation areas, maybe instead of one kitchen, a couple of satellite kitchens, more conference rooms, more private work areas. But honestly I think that's all kind of to be determined. You're going to see larger companies deal with it differently than smaller companies. And until the next couple of months go by, I think it's still going to be a question more for all of us in this business.

On the biggest difference between Austin and Philadelphia

Well, I don't think it's just necessarily the weather because I will tell you having been in Austin it gets awfully hot down there in July and August as well. So they tend to be more temperate. Look, I think a lot of it relates to the the tax structure, the political leadership. I think that's one of the great reasons why Austin, Texas, is now known as Silicon Valley East. They had a very dynamic group of business leaders working hand-in-glove with the local political leaders to create Opportunity Austin, which is a business development arm that has done an amazingly effective job of attracting businesses. So I think that's one of the macro trend lines you're seeing nationally where you're seeing projected higher growth rates in the Sunbelt markets, primarily driven by affordability, job growth, political climate. More jobs will be migrating from kind of the Northeast and the West Coast to some of these Sunbelt markets.

I think it's too early to tell. One of the brokerage firms did a great report, and this is out of Washington, showing that at a time when the executive and the legislative branches are aligned with one party, that tends to be good for real estate. So the fact that everyone's aligned right now, I hope is good for real estate and I don't know what the political dynamics will be. I certainly think the new administration is going to be much more amenable to providing federal financial support to Northeast cities and states who tend to have the highest level of budget disequilibrium. One of the things I'm really hopeful for is from a mass transit standpoint. Leslie Richards and her team at SEPTA are doing an absolutely amazing job of maintaining the health and safety of that system under very difficult challenges. Their revenue stream has disappeared. They need help. And my hope is that the Biden administration will be much more responsive to addressing the needs of mass transit systems around the country. If that's the case, I think that could be a big catalyst for the reopening of the city of Philadelphia, which certainly should be a near-term objective of everybody.

On the long-term impact to Class B and C properties

I think it's going to be a challenge, I really do. Not that I think some of those buildings aren't beautiful architecturally, they just don't have the superstructure capability on a cost-effective basis to retool to meet the demands of today's tenants — at least from what we're seeing at this stage. I think the impact you'll see, as Philadelphia has always seen, is a number of those buildings will get converted to residential. They're talking about doing a lot of that up in Midtown Manhattan for a lot of buildings. I think that trend line will continue, so I hope the residential market remains fairly strong. And I think that there will probably be a cost imbalance in some of those buildings that may create opportunities for repricing. We don't really own any B-quality space. It's a market segment we moved dramatically out of in the last 10 years. I do think they'll face more margin squeeze than the Class A trophy office buildings.