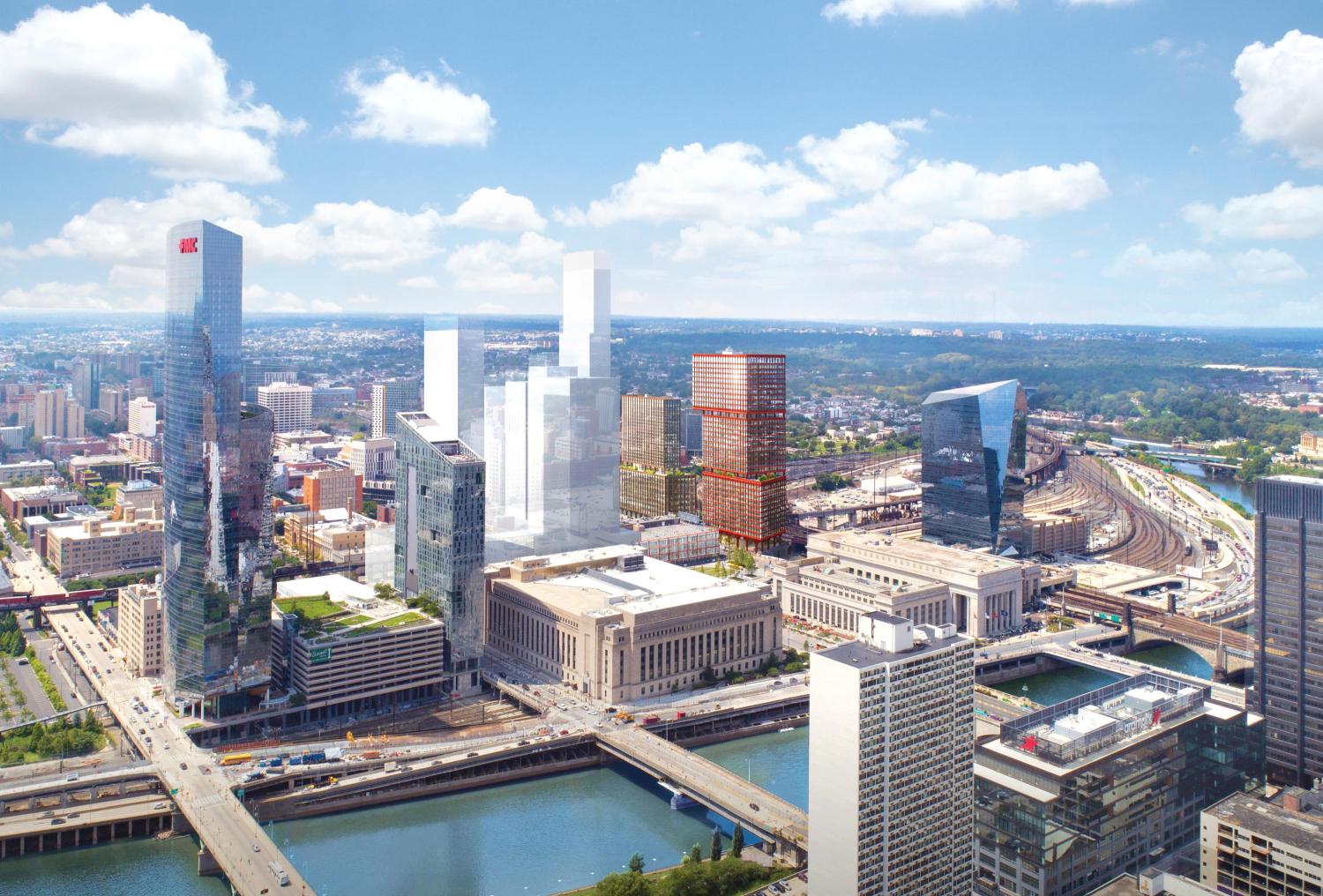 Research breakthroughs. A robust ecosystem. A growing infrastructure. Why momentum is growing in the City of Brotherly Love

There have been many steps in Philadelphia’s rise to become one of the top five most vibrant life sciences cities in the country, but one of the most crucial came in 2017.

That was the year the U.S. Food and Drug Administration made an historic announcement: for the first time ever, it approved a gene therapy treatment for widespread use. The treatment, Kymriah, is a cell-based gene therapy that targets an acute form of leukemia, and the FDA wasn’t shy about highlighting what a big deal it was.

“We’re entering a new frontier in medical innovation with the ability to reprogram a patient’s own cells to attack a deadly cancer,” said the FDA’s commissioner, Scott Gottlieb, M.D. He added that gene and cell therapies overall have the potential to “transform medicine and create an inflection point in our ability to treat and even cure many intractable illnesses.”

The FDA approval was, most significantly, encouraging news for patients. But it was also a victory for the researchers at the University of Pennsylvania and Children’s Hospital of Philadelphia who’d pioneered Kymriah, as well as the broader life sciences ecosystem in Philadelphia. Indeed, little more than five years later, after an extraordinary string of research breakthroughs and FDA approvals, Philadelphia has become, according to the economic research firm ESI, one of the top three cell and gene therapy hubs in the country.

How did it happen? And why are a growing number of researchers, founders, funders and established life sciences companies considering Philadelphia a crucial place to be? Here are five reasons for Philly’s fast rise.

# 1. A legacy of innovation
Philadelphia has long been a city of firsts, from being the home of America’s first hospital and the birthplace of the first computer to its instrumental role in the founding of the United States.

The palpable progress in the city continues today in gene and cell therapy. Following Kymriah, the FDA has in recent years approved an array of breakthroughs pioneered in Philadelphia, including mRNA vaccines for COVID-19 as well as game-changing gene therapies to treat several rare diseases, including a genetic form of childhood blindness. That latter approval went to startup Spark Therapeutics, which has quickly become the city’s biggest life sciences success story. Spark, which was acquired for $4.8B in 2019, already occupies office and lab facilities in Schuylkill Yards, a mixed-use neighborhood being developed by Drexel University and Brandywine Realty Trust, and the company will soon break ground on a $575 million, 500,000-square-foot gene therapy innovation center in University City. The center will eventually be home to hundreds of gene therapy manufacturing jobs. 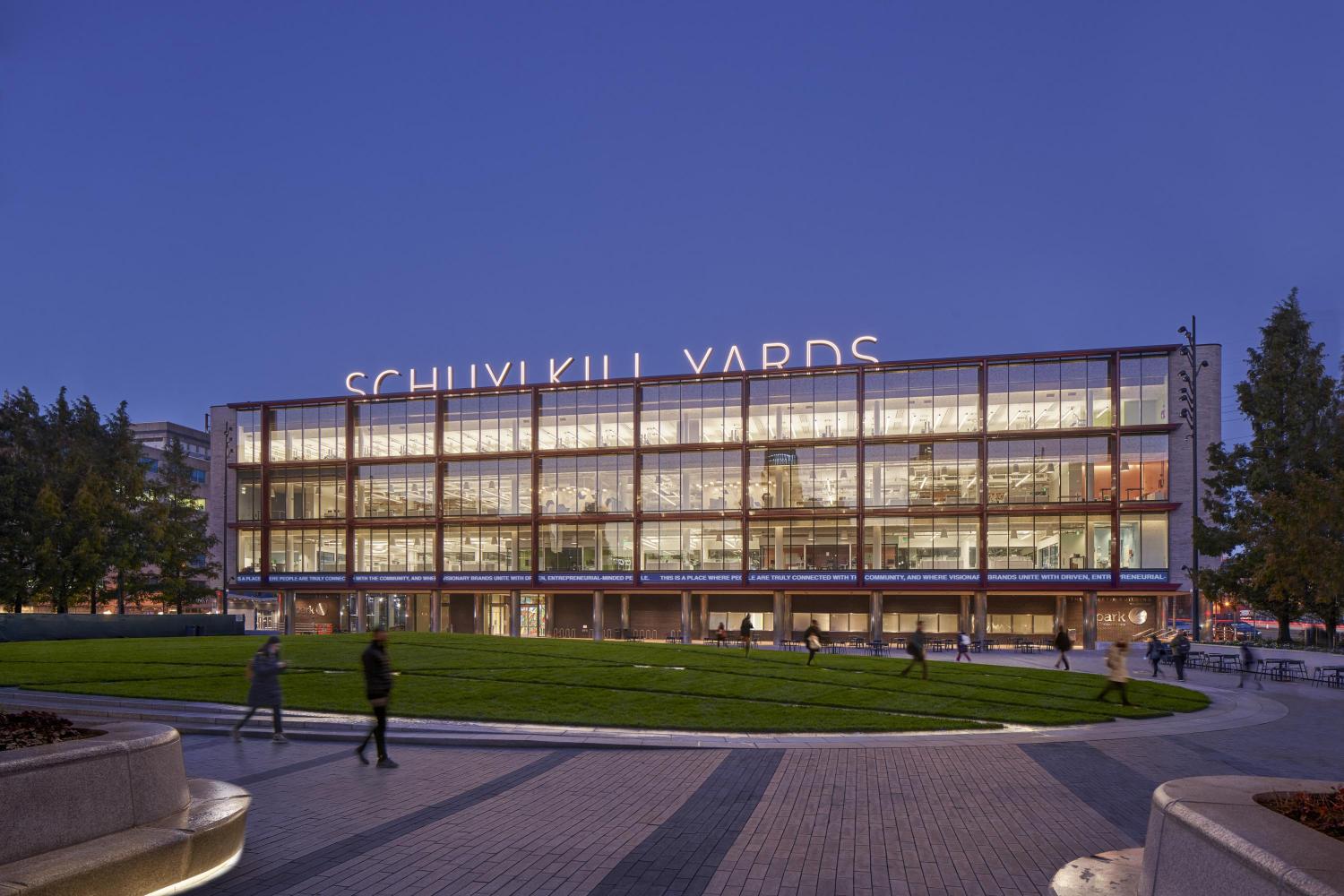 # 2. Big momentum—and big money
The string of scientific breakthroughs coming out of Philadelphia has led, not surprisingly, to big leaps forward in commercialization and funding, creating a virtuous circle of success and momentum.

According to the Greater Philadelphia Chamber of Commerce, the number of gene and cell therapy companies in the region now tops 45, up from 30 just three years ago. Meanwhile, the region set records for funding in both 2020 and 2021, with more than $12 billion invested in life sciences in Philadelphia last year. Of that investment, $3.2 billion focused on gene and cell therapy.

# 3. A vibrant ecosystem
Supporting Philadelphia’s current rise—and its future success—is an already strong life sciences ecosystem centered around a group of vital institutions. On the research front, the city is home to the University of Pennsylvania and Children’s Hospital of Pennsylvania, as well as Drexel University, Thomas Jefferson University and Temple University. All told, the Philadelphia region attracts more than $3 billion per year in funding from the National Institutes of Health (NIH); Penn is continually among the country’s top recipients of NIH dollars, pulling in $546 million in 2021.

Enriching the ecosystem even more are the bevy of biotech startups, as well as the presence of the broader pharmaceutical industry; 80 percent of all drug companies in the U.S. have offices in Greater Philadelphia. Finally, there’s the region’s workforce, which includes nearly 750,000 science and engineering degree holders, as well as the fifth-largest student population in the U.S.

These factors are likely why companies like fast-growing Spark have made the decision to headquarter themselves in Philadelphia. It’s an environment that allows for easy interaction and serendipitous connection, out of which has flowed important advances.

# 4. Location, quality of life and inclusion
Philadelphia has long benefitted from its geographical location on the East Coast and its status as a premier transportation hub within just a few hours of other innovation centers like Boston, New York City and Washington D.C. That puts a large amount of the U.S. population within just a day’s drive of Philadelphia—a crucial factor as companies and researchers manage the logistical challenges inherent in developing, manufacturing and implementing personalized cell therapies.

But it’s not just Philadelphia’s central location that is enticing life science companies. Employers and employees are increasingly recognizing the appeal of the City of Brotherly Love itself. The region’s cost-of-living, for example, is significantly lower than New York-New Jersey and Washington D.C, while the city boasts vibrant cultural institutions.

And not insignificantly, the region’s leaders, corporations and organizations are committed to inclusive growth. Drexel University and Brandywine Realty Trust, for example, have engaged in ongoing dialogue with resident groups as they’ve built Schuylkill Yards, which resulted in a $16+ million neighborhood engagement initiative.

They and other organizations are also leading the charge on training and skills building, trying to ensure that the thousands of new jobs that are being created go to people already in the community. The Cell & Gene Therapy and Connected Health Initiative—launched in 2019 by the Greater Philadelphia Chamber of Commerce—has established a life sciences talent pipeline collaborative that’s finding solutions to current job gaps and readying the region’s workforce for future job growth.

That kind of commitment—combined with the ever-broadening reach of treatments pioneered in Philadelphia—creates a win-win-win scenario: new advances in science benefit both patients around the world and the residents of Philadelphia. 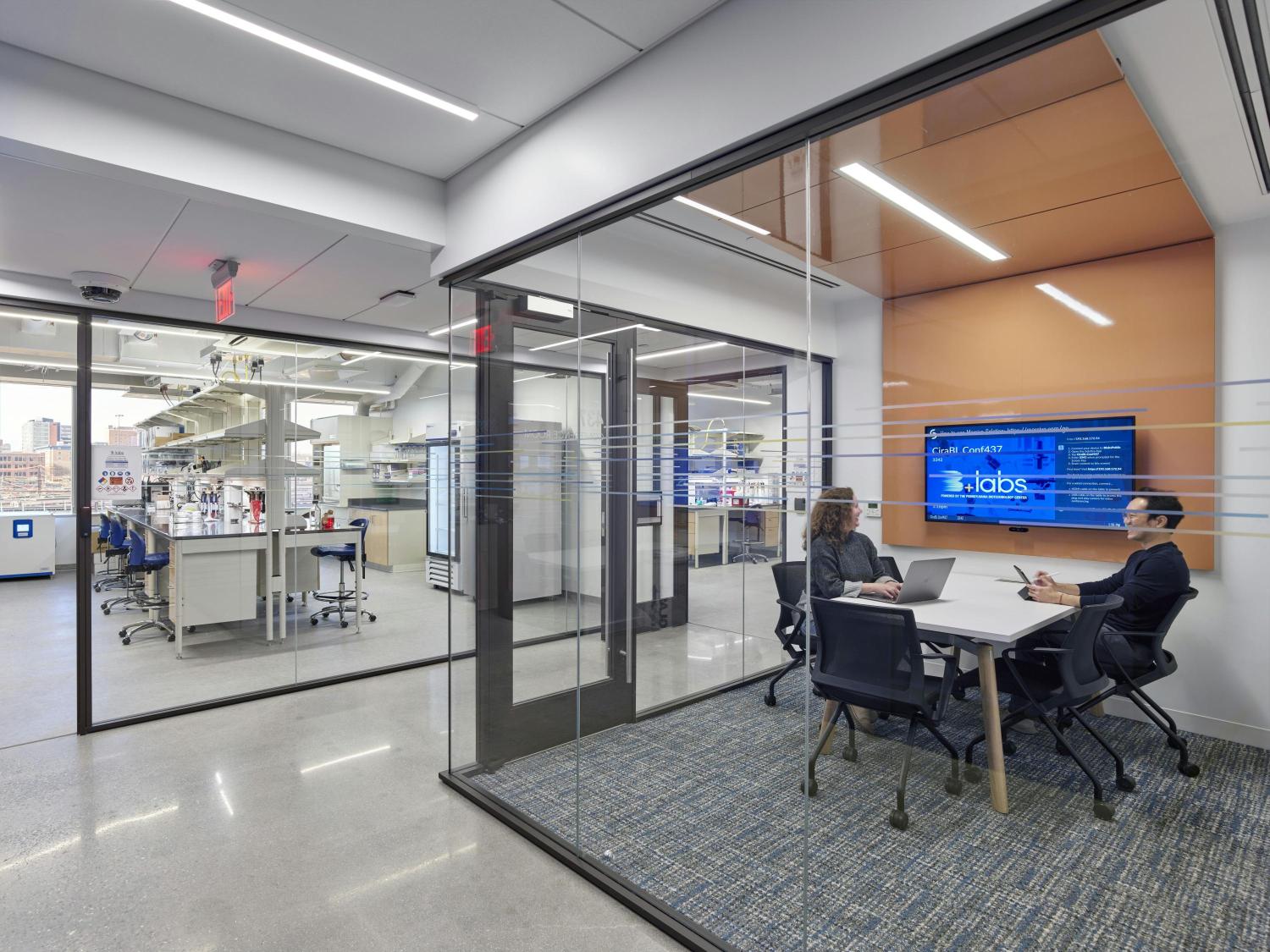 # 5. Outstanding office and lab space options
The final factor in Philly’s life sciences rise is fundamental: the region is busy building the infrastructure necessary to support the cell- and gene-therapy revolution, with millions of square feet of new lab and office space coming online in the next three years.

Brandywine Realty Trust is more than doubling the size of its successful B+Labs, a science incubator inside Cira Centre, by adding an inventory of graduate labs. The incubator and its future graduate labs offer “plug and play” lab space to researchers and will be a resource to the future tenants of Schuylkill Yards buildings that Brandywine is building near 30th Street Station. Those include 3025 JFK Boulevard, a 28-story mixed-use tower opening in 2023; 3151 Market, a 14-story lab and research building that will be completed in 2024; and 3001 JFK Boulevard, a 35-story tower with office, life science and retail space. In addition to more than 3 million square feet of flexible office and lab space, Schuylkill Yards also features residential, retail, and public green spaces, all offering easy commuter access by mass transit, car, foot, or bike.

The world is in the midst of fundamental change when it comes to medicine. Philadelphia is well-positioned to meet the needs of life sciences companies as they make new discoveries  —and accelerate that exciting change.

--------
Jeff DeVuono is Brandywine’s Executive Vice President of the Life Science Division and Regional Managing Director of the Pennsylvania region. He joined Brandywine Realty Trust in January of 1997. Prior to Brandywine, Mr. DeVuono worked for LCOR, Inc., a private development company that had a previous association with Brandywine, where he held a variety of positions, all of which related to asset management. Before joining LCOR, Mr. DeVuono was a sales and leasing representative for Cushman & Wakefield of Philadelphia.